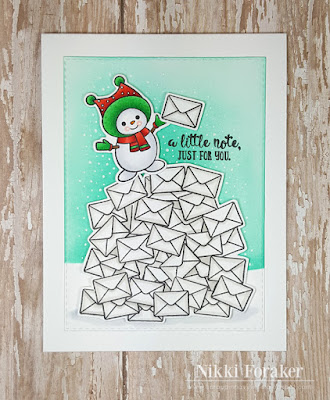 Hello! Today we're showing off the NEW set called Chill Out. I used the little envelope to stamp over and over to give the snowman a pile of happy mail to stand on. Super simple to mask as they're just little rectangle shapes. Easy peasy, and a big impact. I colored them and the little snowman with my Copic markers. The greeting is also from the new Chill Out set. I added snow with my white gelly roll pen.

Pop over to MyCreativeTime to see more!

***GIVEAWAY!***
We are not offering a FREEBIE this time around, but since it is the end of the year, we thought we would change it up a bit! Emma will be drawing 12 names from the FIRST 75 shoppers! Each person will have the AMAZING opportunity to OWN one of the new releases for 2018!!!! For Example, winner #1 will win the ENTIRE January Release, winner #2 will win the ENTIRE February Release, winner #3 will win the ENTIRE March release......and so on! The first 75 shoppers will be entered into the drawing starting THIS FRIDAY, December 15, 2017 at 8am PST when the sale & new release item goes LIVE! ALL 12 winners will be announced on New Year’s Eve on Emma’s Blog!

thank you so much for stopping by my little corner of the crafty blogosphere! i LOVE comments! 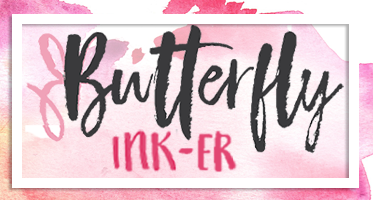